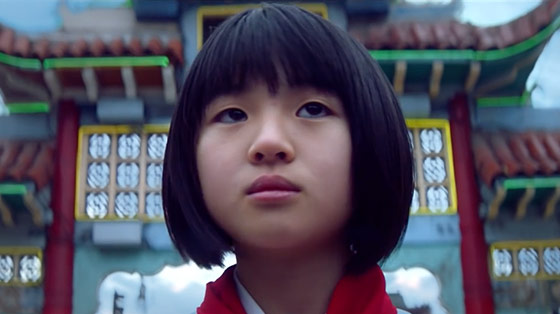 4 Inspiring Videos You Should Watch This International Women’s Day

Today is International Women’s Day. That’s right, a whole 24 hours devoted to recognising not only the progress made in dealing with gender inequality around the world, but also the work that still needs to be done.

While women’s rights have taken some giant strides since the first ‘National Woman's Day’ was held on February 28, 1909, in New York, there’s no doubt there is still a long way to go.

A recent study by the Trades Union Congress (TUC) claimed the average woman in the UK works "for free" for the first two months of the year because of a 17.9% difference in earnings between men and women doing the same job.

There are also just 25 women CEOs in the Fortune 500 list, while the US still does not offer paid maternity leave. We could go on, but these shocking stats merit a blog in their own right.

Instead, in this blog post we wanted to show some of the videos created by brands and organisations to celebrate #IWD. Recent research by Havas show that in the UK alone 63% of consumers believe the content being created by brands is poor, irrelevant and fails to deliver. So it’s no surprise that more and more brands are keen to show that their values reflect those of their consumers during such events as International Women’s Day.

Here’s a select few that use humour and negative emotion to good effect.

In a world where almost all Australian women have experienced verbal or physical street harassment and 1 in 4 Australian women have been sexually harassed at work, something seriously needs to change. From dealing with everything from clothing choices to walking alone at night, this video asks the question “what if a man lived an entire day like a woman?”

This video from Vodafone casts children in adult roles asking ‘big questions’ about the injustices to women in society. Challenging that inequality is a learned behaviour: “For kids, gender differences make no difference”.

For this video, McDonald’s flipped their Golden Arches to celebrate the women who have chosen McDonald’s to be a part of their story. Patricia Williams shares her story, of how through determination and hard work, she got to own her own restaurant and after 30 years, she and her daughters are the owners of 18 McDonald's restaurants.

Education has the power to change women’s lives, and moving money helps fuel this change. Western Union collaborated with International Women’s Day to support and champion a bolder generation of women through education. With the message that “good things happen when money moves, and moving money to fund women’s education”.

For brands to stay relevant, they need to make a deeper connection with its audience, demonstrating purpose and values that gives something back to society. These videos are about establishing an emotional connection with the consumer, that goes beyond a single one-off engagement and enables them to build on that equity over time.

Storytelling is human, it's in our DNA and has probably been the most effective method of communication we've ever had. Stories engage us and taps in to our emotions, making images more memorable and messages more potent.

Moving towards more meaningful content that tells a story and resonates with its target audience may require more investment, but the short term; tactical product-based advertising that was born out of the 1950s has lost its appeal. A recent study by Havas reports that 81% of brands could disappear and European consumers wouldn’t care. Tapping in to consumer emotion to make your brand values resonate is what elevates you above the rest.

Measuring emotions of your audience isn't a nice to have, it's a necessity for today's marketer. Realeyes measures genuine audience emotions via webcam, automating results, delivering insight within hours not weeks. Our process is simple, you just choose your audience sample and upload your videos to test. Done.