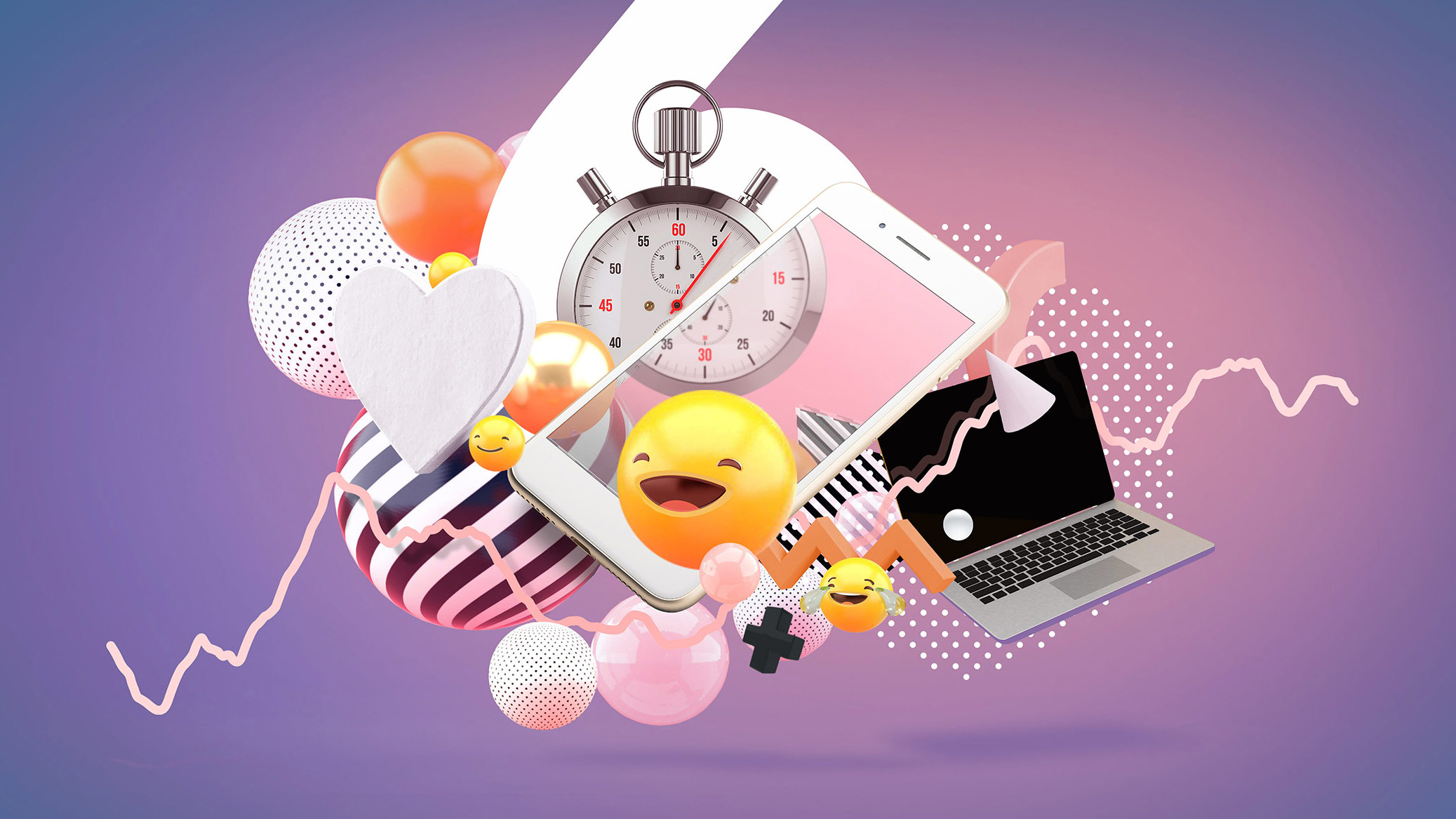 Marketers are literally running out of time. With viewer attention at an all-time low and the increasing dominance of mobile as the device of choice, the appetite for short-form, mobile-friendly ads has never been bigger.

But for brands trying to reach their audiences on mobile devices, chopping down the length of their creatives to just 6 seconds poses a number of difficult challenges.

The biggest of these hurdles, of course, is: just how do you tell a story in only six seconds? Ernest Hemingway famously managed it with six words. But how can science help mobile marketers do the same with as many seconds? 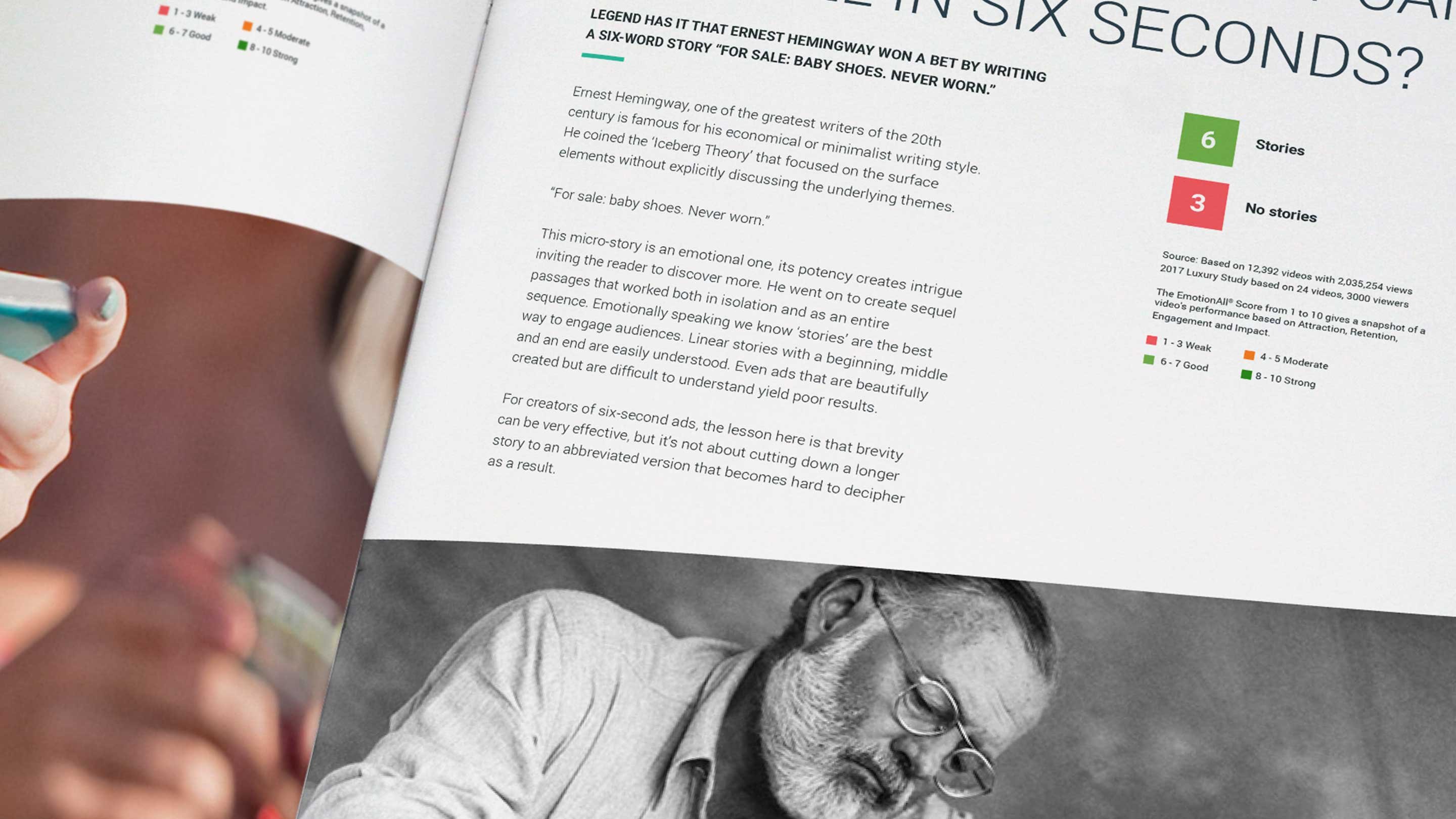 After all, while consumers are almost twice as likely to watch a six-second ad until the end than a traditional 30-second ad, boosting marketers’ completion rates considerably, they are much less likely to be emotionally engaged.

Forty-one percent less emotionally engaged, to be exact, according to our research, with shorter formats generating an average EmotionAll® (EA) score of 3.6/10 on mobile devices compared to 5.1 for longer-form ads. So just how to brands get the best of both worlds? How can marketers have the cakes and eat them?

Well, ahead of Mobile World Congress, which kicks off in Barcelona today (February 25-28), and commissioned by global media platform Teads, we analysed 166 different pieces of 6-second creative from 75 brands to see how marketers can make more from less.

Using our face-reading Emotion AI tech, we measured the emotional reactions, attention and engagement levels of 12,000 consumers from around the world on mobile devices to see which creative devices and campaign choices had the most impact. For example, do you create ads specifically for shorter formats? Or can you chop down existing creatives from TV and have the same impact?  Should brands use musical tracks or opt for a voiceover instead? What about subtitles?

Our joint scientific study with Teads answers all of these questions. 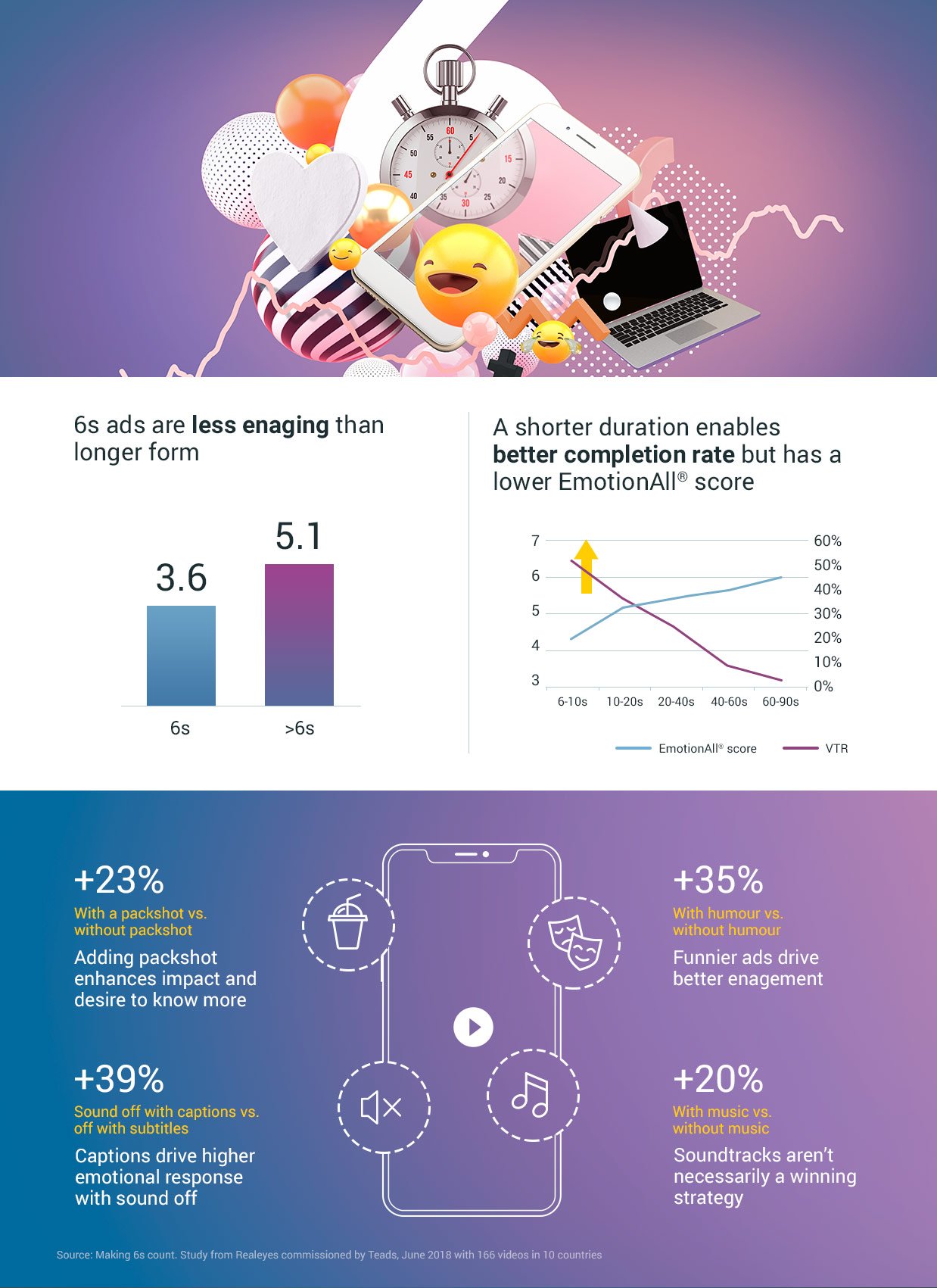 
Can you really tell a story in just six seconds? Well, it’s certainly a challenge for brands looking to build a narrative in just a short window of opportunity, but some creatives do manage it.

And the benefits are compelling. Realeyes and Teads’ research found that ads with a coherent narrative on average scored an EmotionAll score of 4.1, compared to an average score of 3.1 for ads that don’t.

How do you make an impression in just six seconds? Well, you would think that using a famous face would be one way to make the most of such a short window. But our research found star power was not all it’s cracked up to be. In fact, ads which use celebs are 35% less likely to emotionally engage audiences than ones which don’t.

There could be a number of reasons for this. Firstly, if someone does not recognise a celeb, then their star power is completely wasted. Secondly, viewers can find celebs, their lifestyles and their problems hard to relate to.

Lastly, the choice of star is crucial. If a viewer does not understand the connection to a specific brand then the messages will not resonate.

Such a lack of engagement is not just limited to short form ads, with celebs appearing in only a small proportion of the most shared ads of all time.

With such little time to make a lasting impact, making a good first impression is crucial. But which shots are most likely to attract the most attention and emotional engagement? Well, ads which open with human faces and close-ups attract higher engagement levels.

4. Make It Simple By Using One Key Message

When it comes to 6-second ad formats, brevity is best. Fewer messages, fewer scene edits - that’s the way forward. Ads with more than three messages attracted 19% less engagement, and 19% of viewers said they were confused by ads which used more than one message.

So having one key message will result in higher engagement. Our research also found that 6-second ads which use multiple frames are 14% more likely to confuse audiences and 15% less likely to make them smile.

Should you create creatives specifically for shorter formats? Or can you get away with chopping down longer ads into short snippets?

Well, our research found that ads created specifically for 6-second formats perform much better than cut-downs from longer TV ads. That’s not to say that repurposing longer ads doesn’t work. Sure, if an ad has a narrative or a joke that is too difficult to chop down into six seconds, brands should consider keeping it long form. Cutting a 30-second ad down to 6 seconds is more likely to be difficult to decipher, with cut-downs 42% more likely to cause confusion.

6. If You Want To Use A Cutdown - Test Your Ads Beforehand

If you want to chop down your longer creative into six seconds, don’t just hack away and hope for the best.

By testing your ads before launch using EmotionAI, brands can identify the scenes which are most likely to engage key audiences and get the message across. And in some cases, that can lead to even greater emotional engagement than the original creative.

For example, we tested an ad for watch brand IWC starring Hollywood actor Bradley Cooper called “The Road Less Travelled”. By using Realeyes’ facial recognition tech to identify the scenes which attracted the highest levels of emotion and attention, the brand could create three 6-second spots which all scored higher than the 15-second version of the creative.

7. For Sound On, Use Voiceover Rather Than Dialogue

What’s the best way to employ audio on your 6-second creatives? How do sound-on ads compare with sound-off ads on mobile? Well, the difference is actually fairly minimal. Ads with sound average attract 7% more attention and are 5% more likely to make people smile, but overall they both average EA scores of 3.6 out of 10.

But the data does suggest there are ways to use audio to attract more engagement. When designing your creative for sound on, use voiceovers rather than dialogue. Why? Because ads with voiceovers are 17% more likely to make people happy than those that don’t. Dialogue, on the other hand, is 25% more likely to cause confusion.

Also think carefully about whether to use music. There are a number of examples of ads which used soundtracks to heighten the emotional engagement of the creative. However, our research showed that it can also cause confusion or have a polarizing effect on your audience when used in a short format.

Of course, consumers are much more sensitive to sound while browsing the web on their mobile devices, so think carefully about using ads that are not dependent on sound.

Avoid subtitles, which lead to an 11% increase in disgust. Instead, use captions inside that are baked inside the creative. We recommend testing both your creative with both sound of and off to see which performs better.

9. Don’t Be Shy: Keep Your Brand At The Heart Of The Action

When it comes to advertising, some brands can oddly be a little shy. Advertisers are concerned that by making their brand highly visible from the start you will put people off the content instantly.

However, our research suggest that using brand elements from the start does not have a significant impact on attention levels or emotional engagement. With research from the Ehrenberg-Bass Institute for Marketing Science also suggesting that explicit branding has no effect on sharing either, brands really shouldn’t be be afraid to be up front from the start.

You can only cram so much information into six seconds, so it makes sense to include a clear call-to-action so viewers can find out more if they want.

After all, with only six seconds to spare, you need to use the time to tease viewers into performing an action where they can get more details about a brand or campaign. Surprisingly, only 16% of the 6-second ads we tested included a CTA, which when you consider almost half (46%) of viewers say they ‘wanted to know more’, seems like a glaring omission.

Why not also read our six-second study with Freewheel?