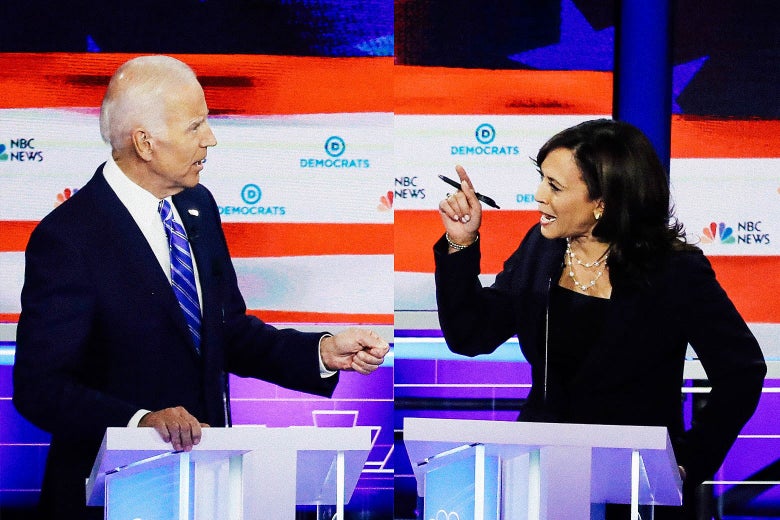 With the third U.S. Democratic Debate taking place later today (Thursday, September 12), the 2020 U.S. Presidential Election is top of mind for many across America.

This inspired Realeyes to conduct a study using its emotion and attention measurement AI solution to measure viewers’ responses to two video clips from previous debates. To delve a little deeper, Realeyes also asked respondents a series of survey questions.

The clips tested featured Sen. Harris  and Former V.P. Biden debating two topics – healthcare and Biden’s voting record on desegregation busing ("busing” was the act of transporting students to schools within or outside their local school districts to rectify racial segregation).

The Heated Exchange on Health Care The Heated Exchange on Race We entered the research with a lot of questions…

Which candidate was more engaging?

Which debate lines were most effective?

How was the perception of the candidates altered by these debate exchanges?

Did viewers’ emotional responses align with their survey responses?

Before we plough into the results, how did we compile the data?

Using Realeyes’ facial-recognition Emotion AI, which uses webcams to enable mobile devices and laptops to measure consumers’ emotions and attention levels, we analyzed the responses of 300 U.S. viewers to both videos.

We also asked participants to give their thoughts about the videos and used AI to score the overall sentiment of their open-ended comments using sentiment analysis. Finally, we asked a series of survey questions.

Here’s what was discovered.

Audience is most engaged when Sen. Harris speaks

The highest peaks in emotional engagement occur when Sen. Harris is speaking. This is the case for both video clips tested.

The chart below depicts the trends in positive and negative emotion for the Race/Busing video. 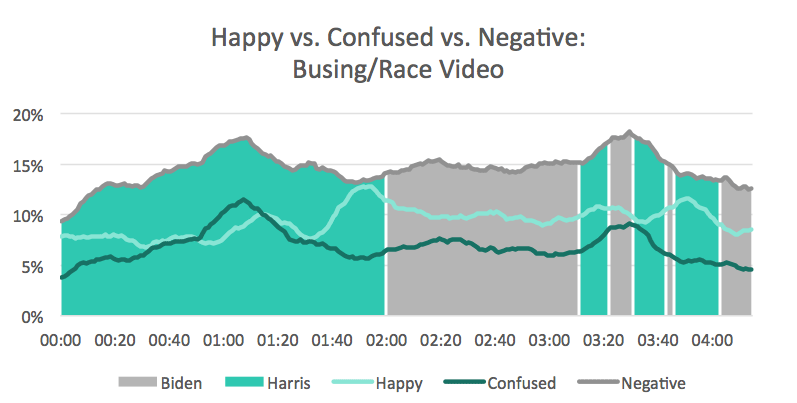 Peaks in happiness, on the other hand, occur when Sen. Harris concludes the points of her argument and the audience is heard cheering in the background.

For example, Sen. Harris generates a lot of positive emotion from the audience when she mentions her work in requiring officers in California to wear body cameras; “I was very proud to put in place a requirement that all my special agents would wear body cameras and keep those cameras on.” 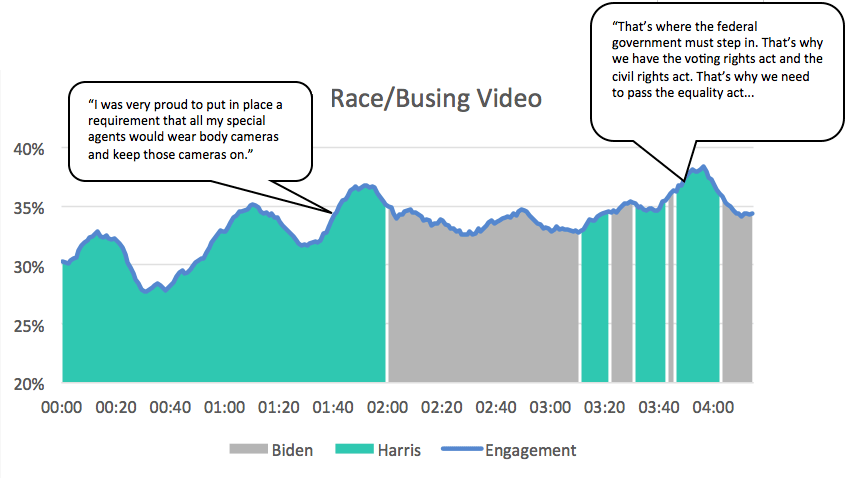 The positive emotional responses from the audience are reiterated in their remembered experiences (open-ended responses) immediately after viewing the video:

We asked participants to rate their attitude towards the featured candidates before and after the videos were shown.

Sen. Harris saw a +15.6% rating increase after viewers saw the videos, while former V.P. Biden saw a -22.1% decrease. In other words, the audience had an improved view of Sen. Harris (and a diminished view of V.P. Biden) after watching the clips. Sen. Harris won the exchanges.

More Emotion and Attention evoked by Busing video than Healthcare

For each video we surveyed 300 participants between the ages of 18 and 69 in the United States, and the audience was more emotionally engaged by the busing video than healthcare.

Viewers’ attention levels were also a lot higher during the busing video.

However, when participants were asked to rank which political issues are most important to them, “healthcare” ranked number one, followed closely by “gun control” and “equal rights.”

A slight contradiction perhaps, but one which suggests that the deeply personal perspective that Harris brought to the busing exchange had a profound emotional resonance that the healthcare exchange could not match (despite the importance of the issue).

The busing video also prompted more positive and negative sentiment than healthcare, across all demographics, with fewer viewers reporting a neutral impression. 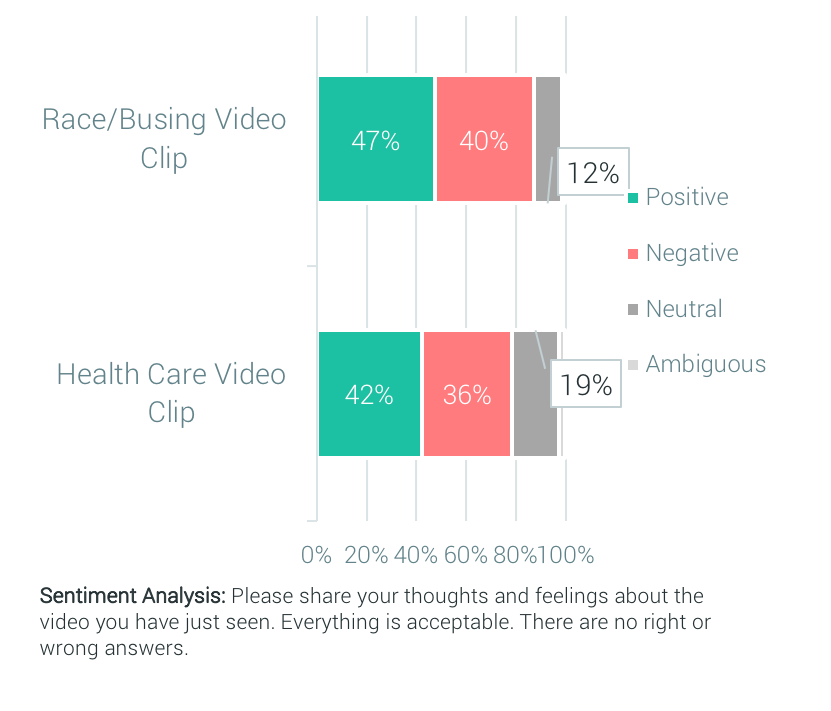 Stay tuned for more insight from the Realeyes team! We’ll be keeping a keen eye on upcoming debates and campaign advertising.

Interested in learning more about our research solutions? Give us a shout, and we’re more than happy to discuss how Realeyes can help!

Realeyes declares no affiliation, sponsorship, nor any partnerships with any registered trademarks or political parties unless otherwise stated.