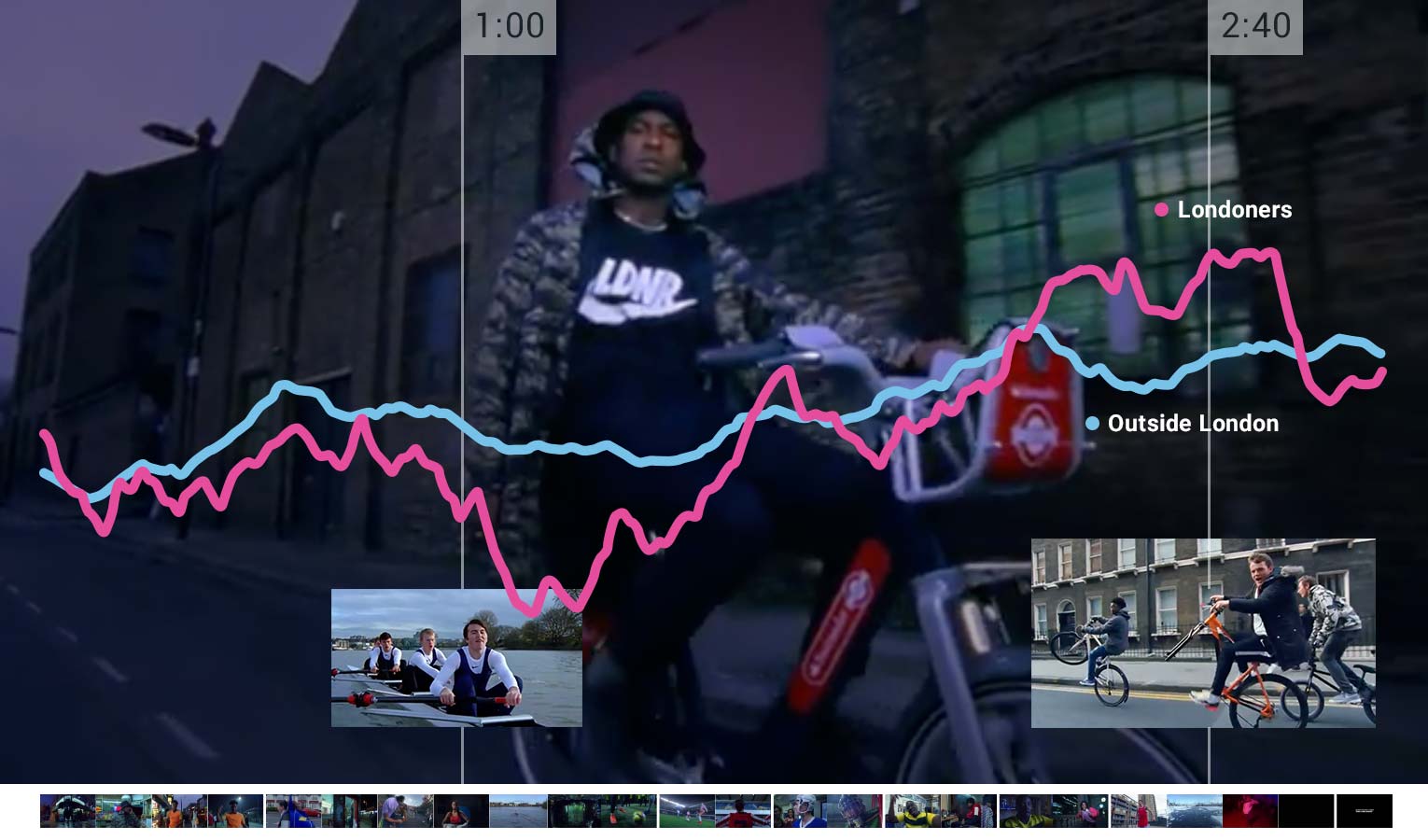 Emotional engagement: how Nike smashed it in London

The 3 minute video 'Nothing beats a Londoner', by Wieden + Kennedy, produced by Riff Raff Films, features London athletes competing over who has the biggest struggle training for their sport. To see how this video performed emotionally, we used our webcam emotion measurement tool to track viewers’ emotions on a frame-by-frame basis, and calculated them into an EmotionAll® Score using the following metrics:

The video had an EmotionAll® score of 8 out of 10 and performed 79% better than the thousands of videos we have tested to date.

High Frequency of Happiness Throughout

There’s plenty of comedy moments here, but there’s three peaks in particular: “Running through Peckham at Night!” (1), the jetting tears (2) and “I don’t even have a whole bike!” (3). Happiness peaks positively impacted all 4 metrics that create the EmotionAll® score. They attributed to strong attraction and kept retention and impact strong and steady throughout. 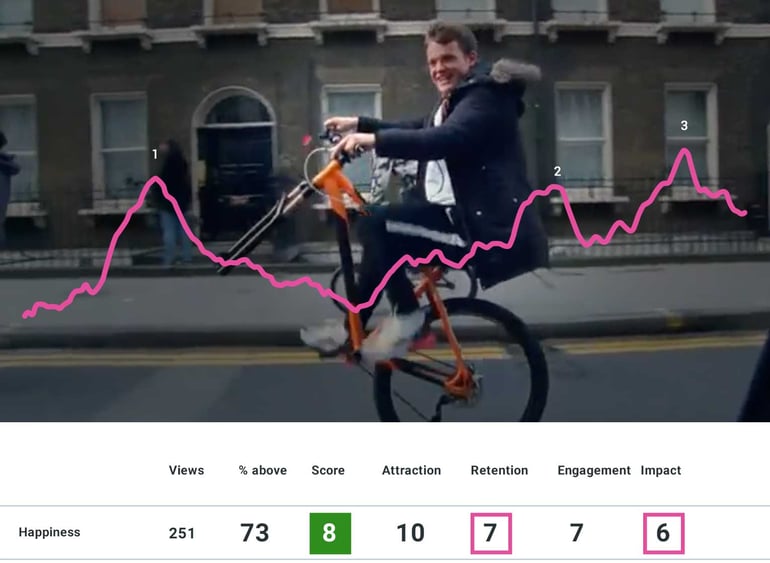 The soccer scene showed a noticeable dip in engagement for those 29 years or less, but was compensated by a large spike by the over 50s. 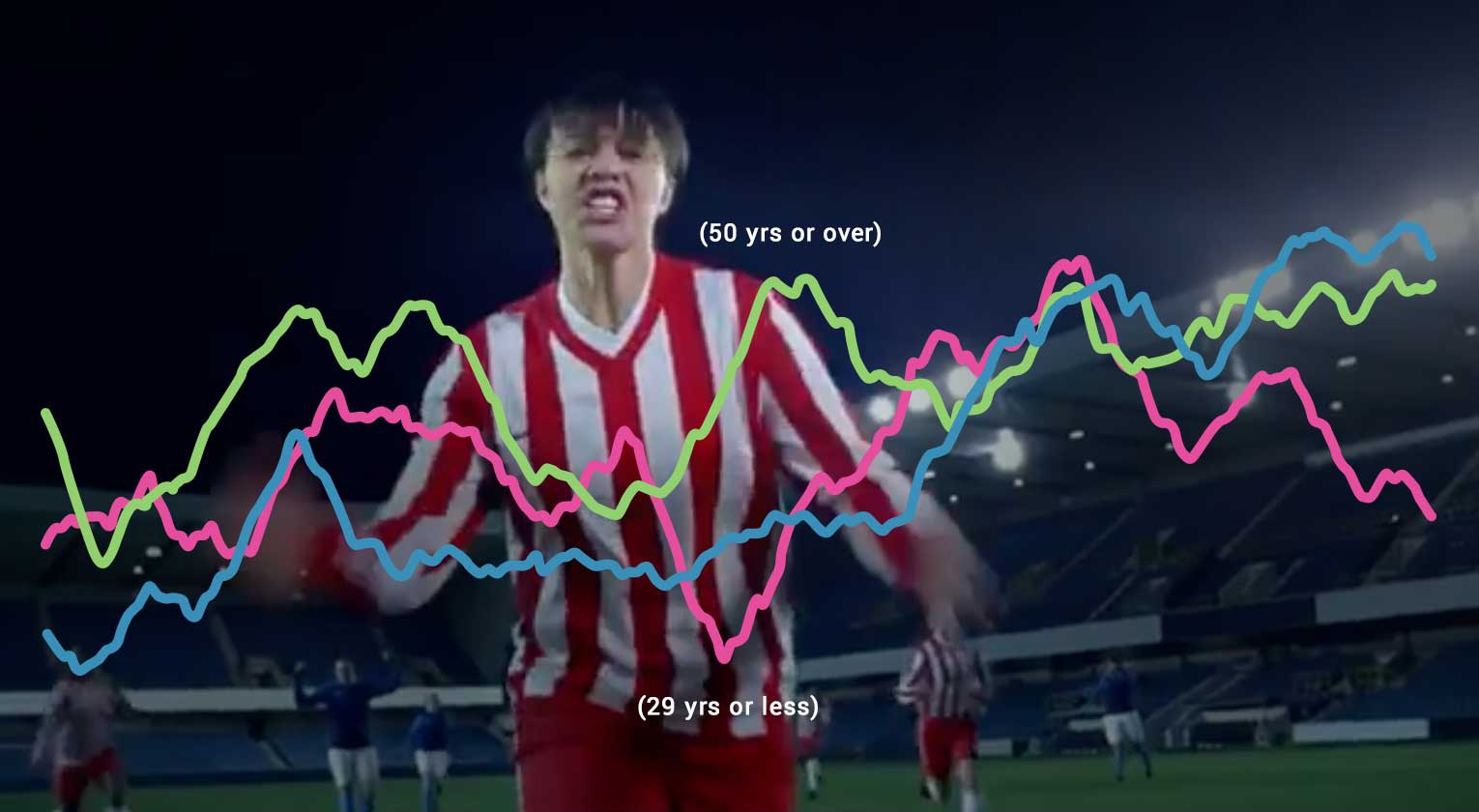 With attention at a premium for young audiences, a 3-minute duration was quite a bold move for Nike. It's the scene switch from the basketball court to the boxing ring (0:51) that decelerates Engagement, through to the public school rowers on the river Thames. All of this is compensated by what follows, but with around a quarter of this video seeing a loss in engagement, there were editing opportunities to be gained. The Impact of 6 out of 10 is due to a lack of a peak at the end as the younger audience losing interest. 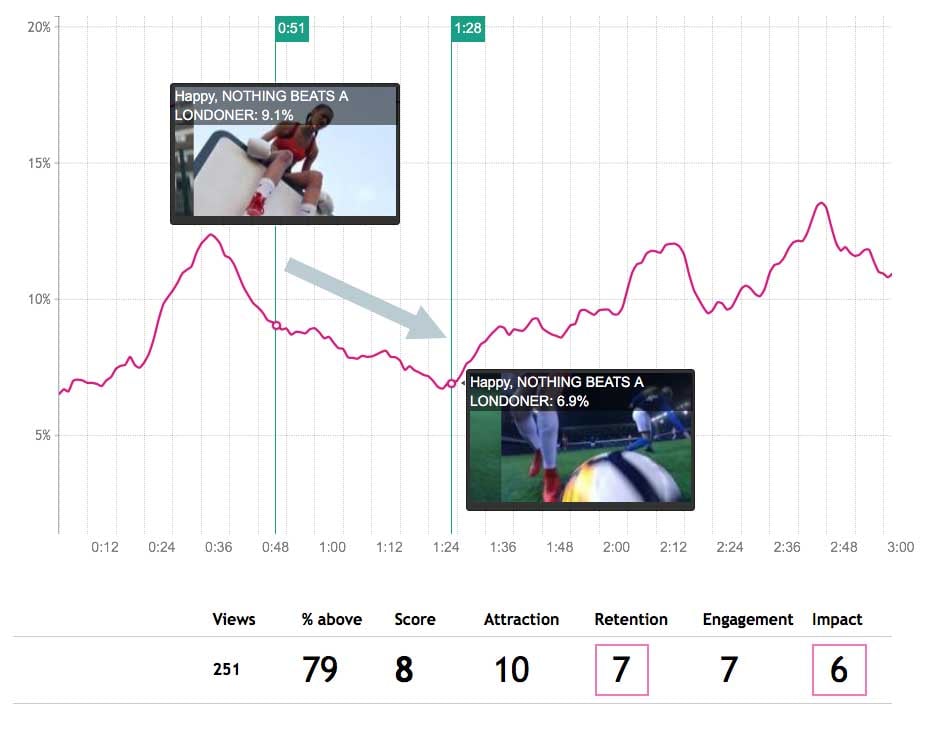 Separating the Londoner's Engagement from the rest of the UK, one can see that Londoners had more extreme responses to the rest of the UK. During the rowing scene on the Thames (1:00) there's a continuous drop in Engagement and a noticeable peak at the end (2:40) whereas the UK has a more stable trajectory. 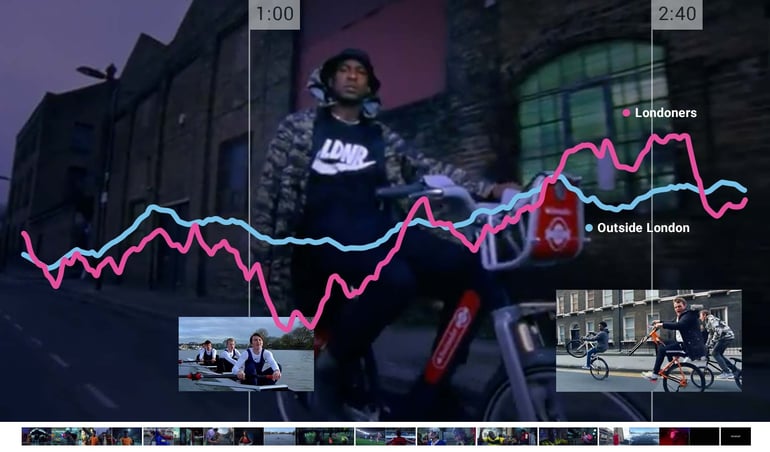 This ad wasn't aimed for middle aged blokes like me - I loved it. The concept reminded me of the famous Monty Python’s four Yorkshiremen sketch where they try to outdo one another with their increasingly absurd tales of humble and difficult childhoods.

Creatively there’s so much going on here, riffing off the grittiness of diversity, it weaves celebrity throughout to the point of homogeneity, which is in itself a true representative of London. There’s also a clever use of technical horseplay reminiscent of ‘Space Jam’ that embodies the cockiness of the whole piece. Technically this is quite a show piece and that's reflected in the score. Well done London, you smashed it!

See how well your ad campaign performs before you launch