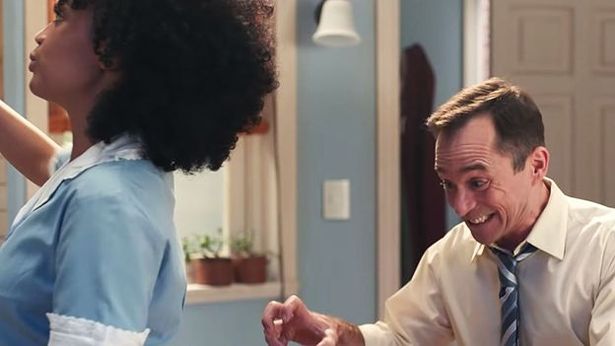 Preachy and patronising? Empowering and inspiring? Whatever your opinion of Gillette’s new ad “Believe”, what’s certain is it’s a campaign that has got people talking.

The advert, directed by Kim Gehrig, from UK production company Somesuch, who also directed the much-heralded 2015 campaign “This Girl Can” for Sport England, plays on the razor’s company’s famous slogan "The best a man can get", replacing it with "The best men can be".

An ad for the #metoo age, it asks, "Is this the best a man can get?" before showing scenes of sexism, bullying, sexual harassment and male aggression. The 1.44-minute short film from the P&G brand, which is targeted at the US market, also shows more positive behaviour from men and how they can help prevent situations getting out of hand.

The campaign has attracted a very wide range of views, running from lavish praise for its take on toxic masculinity and what it means to be a modern man to outright condemnation and even threats of brand boycotts. One of the most strident critics has been TV presenter Piers Morgan, who called it a “pathetic global assault on masculinity”.

One commentator on Twitter said: "In less than two minutes you managed to alienate your biggest sales group for your products. Well done."

We decided to look beyond the headlines and angry soundbites and delve a little deeper using our face-reading EmotionAI tech. We showed the ad to GenPop audiences in the US and the UK, measuring their emotional reactions and attention levels throughout. We also asked viewers to record their thoughts on the ad and the brand using our Sentiment Analysis feature, which uses AI to analyse the words and tone of the comments to measure the overall sentiment towards the content.

The narrative creates a natural tension between emotions, hence the social buzz. The push and pull between positive and negative emotions shows how the audience is gripped and contemplative, not passively watching – they're compelled.

"Very thought-provoking and almost brought a tear to my eye. It conveys such a strong message that you could not fail to forget the advert."

"Didn't like it at all and too personal. Is nothing sacred any more? So sick of this sort of thing being pushed down our throats and even sicker now on the TV and ads. This isn't right at all!!"

Our AI tech detected much higher levels of happiness among younger audiences, while the comments left were a lot more positive towards the brand than older generations (see charts below).

The ad unsurprisingly elicited very different emotions from men and women. For example, moments such as when the narrator says, “Because we, we believe the best in men” results in a rise in male attention and a fall in female attention.

Meanwhile, we see the reverse when the narrator says “...to act in the right way” during the scene showing a man preventing another from being overtly sexist.  Generally, the overarching theme of men behaving badly results in higher Attention Volume and Attention Quality with the female audiences.

"I love it! It was so inspirational and watching the video even as a woman made me have more understanding in how men should act. Really nice move."

When the former NFL player, actor and activist Terry Crews says, “Men need to hold other men accountable”, male engagement dips significantly. Meanwhile, the mobile phone footage of the father teaching his daughter to believe “I am strong” sends engagement among women on a climbing trajectory.

Gillette, as a leading male grooming brand, needs to appeal to the next generation. Clearly a controversial ad, this piece provokes a strong reaction from its audience. You either love it or hate it. There's no middle ground.

This initial media backlash is reminiscent of Wieden + Kennedy’s Nike ad featuring Colin Kaepernick, which also had societal values and attitudes at the heart of its message. It suffered negative press coverage initially, featuring the tweets of people burning their shoes and cutting the Nike swoosh out of their socks - and yet its brand purpose won out.

Repercussions on social channels are no longer feared as they once were, in fact they're par for the course.

A brand spearheading such topics may be risky, but these are good conversations for brands to be involved in. Especially when they need to be in a leadership position. Sometimes it takes balls to be the better man.

View the Gillette 'Believe' study on the dashboard.