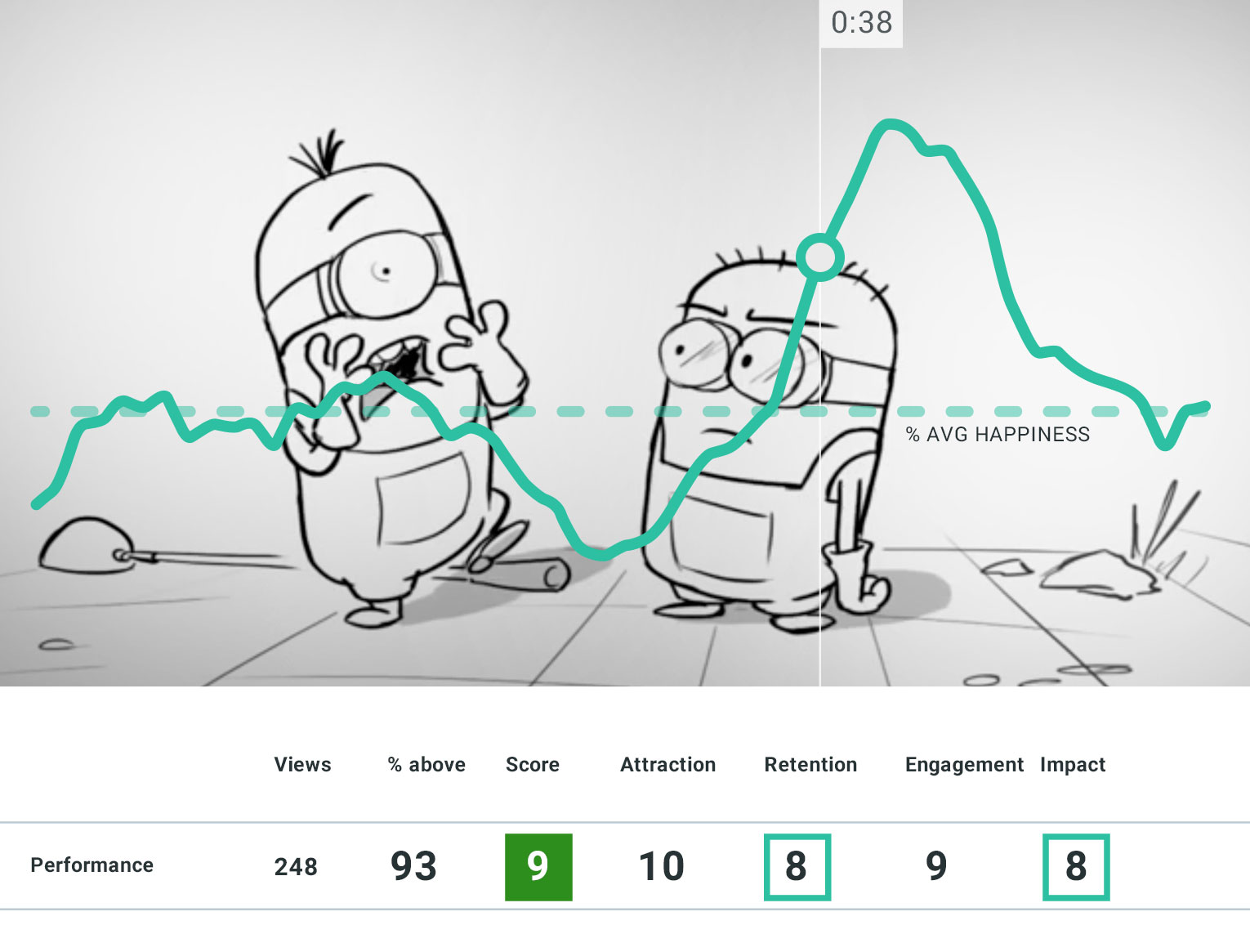 Picture Perfect - How Emotion Analytics is Ideal for Animatic Testing

Natalia Kuznetsova-Rice
Before a video ever gets aired, it’s already been through countless reviews, processes, edits and so on. So the earlier you can establish the potential success of a video, the more time, money and effort is saved.
The concept is the birth of any video’s lifecycle and animatics (rough animated storyboards) are used to flesh out or road test concepts before engaging in the costly production process – a good way to identify and flush out potential problems early.


Measuring your target audience’s subconscious emotions, second-by-second means you can see exactly where and how they respond, enabling you to see where to modify to improve your digital content. Test the effectiveness of the narrative, the message, the voice-over choice, the soundtrack, the product reveal, the tagline, the brand sting and so on.
Here’s an animatic for a movie trailer, achieving an EmotionAll® Score of 9 out of 10. Engagement builds as the story is unfolds and the happiness trace peaks near the end – high impact! Despicable Me 2 - Animatic from Realeyes on Vimeo. 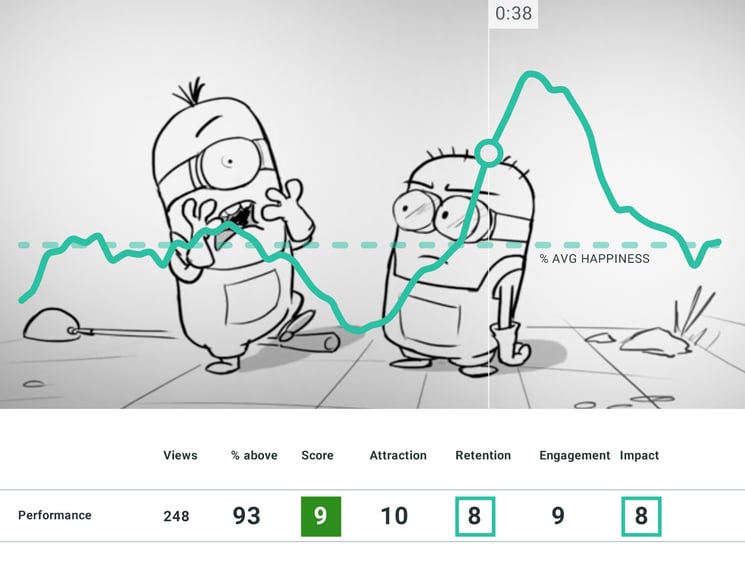 Research by Google and Dynamic Logic revealed that around 65% of campaign success depends on creative quality. So, quantifying the effectiveness of creative as early as possible helps steer further investment in the strongest ideas only.

Prevailing beliefs are that there just isn’t the time or the budget for such testing, but with results on the dashboard within 24 hours for just a few thousand, makes early concept testing far more feasible than ever.

You can unsubscribe at any time.