The 2022 FIFA World Cup keeps breaking audience records for the sport globally, included here in the US with the England v. US match being the most-watched soccer game ever in the US.

At Triangulum and Realeyes we aren’t surprised by this given the pre-Cup buzz, including compelling TV coverage promos by FOX and Telemundo/Peacock that we tested before the cup started.

Creating the right World Cup ad is a balancing act between compelling narrative, the right amounts of branding, and enough World Cup tie-ins.

So how well did advertisers capitalize on these audiences? We tested seven World Cup ads for four different brands across consumer categories to find out. While one of the ads stood out from the pack, they all provide important learnings. 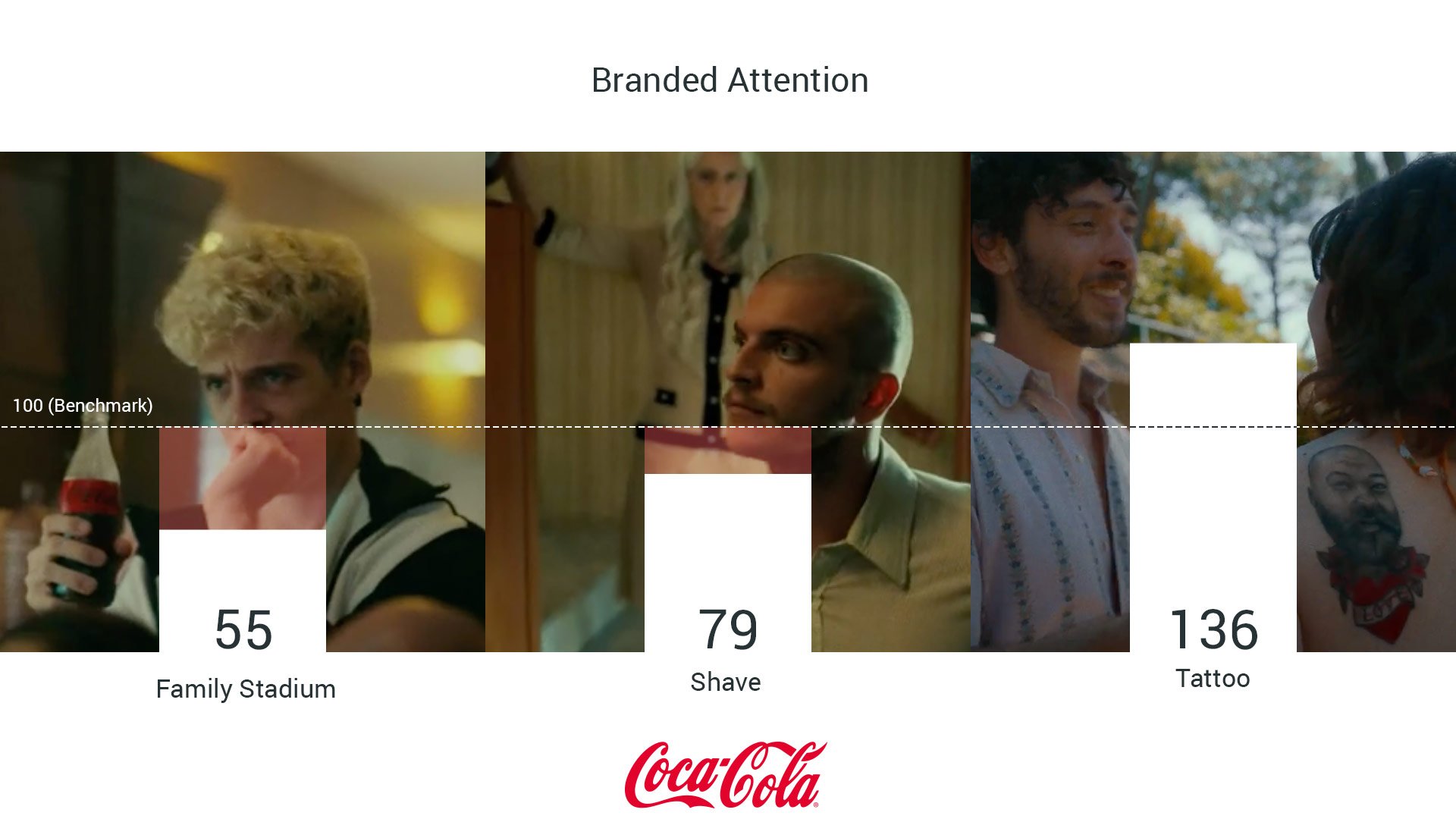 Two of the Coca-Cola advertisements followed a similar theme, where the protagonist does something unexpected to demonstrate support for his or her team, and the third showed scenes of collective enjoyment while watching the Cup at home. The McDonald’s ad focused creatively on people in different languages asking friends if they wanted to go to McDonald’s. The heavy branding approach performed poorly in capturing and retaining attention yet generated above-average brand impact and lasted long enough to generate feelings of personal relevance. McDonald’s could address this in a variety of ways:

‘Goal of the Century' 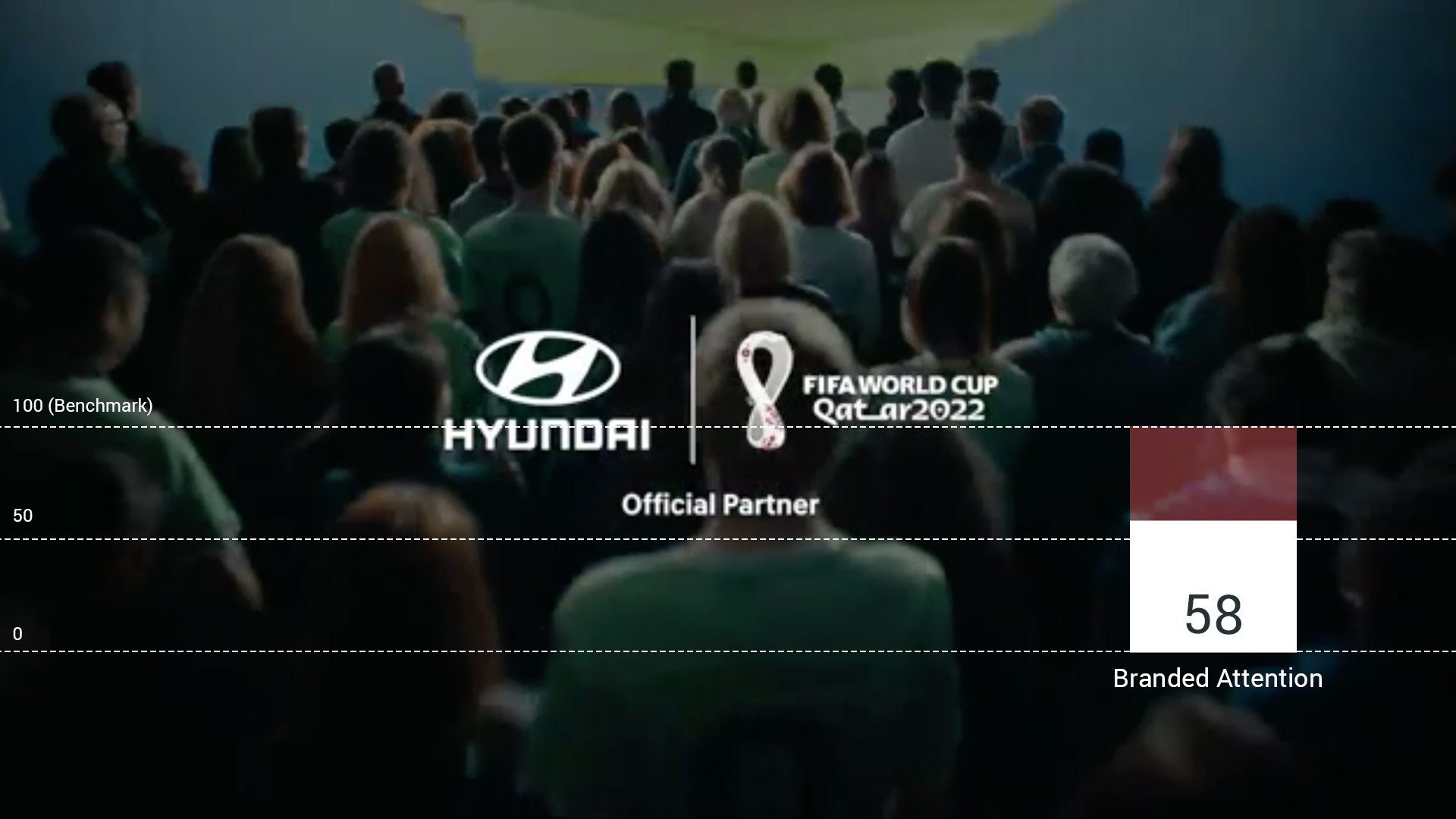 The Hyundai ad used clips of World Cup action to communicate the excitement of the game, which initially paid off producing above-average audience retention for the first 6 seconds. However, attention quality dipped, and because the brand wasn’t introduced until the end breakthrough was low, leading to a below-benchmark branded attention score.

This creative strategy would also be more effective in shorter creative versions that don’t require holding the audience’s attention for prolonged periods prior to branding.

‘The World is Yours to Take'

‘The World Is Yours to Take’ features three World Cup superstars (Messi, Neymar, Sterling). When they were on screen attention loss improved compared to benchmark.

This ad features seven World Cup athletes in various humorous situations.
Despite the presence of several notable World Cup superstars, the creative did not sustain attention so well relative to benchmark expectations. Viewers are likely to churn rapidly early on.

Studying these ads showed one ad significantly outperformed the rest because it demonstrated the passion and intensity of the World Cup, while leaning into some unexpected humor. For brands that will be advertising in 2026, they should avoid overly corporate or traditional advertising structure and try something unexpected with a quick but building payoff.

Quality Score: a composite metric reported on a scale of 0-10 and measures a video’s ability to perform in market. It includes three critical elements: Capture, Retain and Encode.

Retain: Ability to maintain audience attention throughout the ad.

Encode: Ability of the audience to emotionally respond to the ad and cognize the brand message.

Branded Attention: A combination of attention metrics multiplied by the percentage of respondents surveyed that remembered the brand advertised ~2 minutes after exposure.